1 month 5 days - Settling in to the whirlwind

I don't get much time to type on the computer so updates are unfortunately going to be a bit slow. I've been working on my 'birth story' post in chunks. It's going to be a very long post, so I thought in the meantime I'd post an update here.

Motherhood is excellent. MJ is a relatively easy going baby at almost 5 weeks old. She changes so fast though! In the hospital I was already missing being pregnant and incredibly conscious of how precious each day was with her because she is growing so quickly! Newborn babies don't do very much. They're so little and delicate and lovely. And you are swimming with hormones that make it all the more intense.

The hormones have somewhat abated now and MJ is entering into her first 'wonder week' meaning she is more awake, more alert, and more of a growing person. It's also lovely and fascinating, but it's different. And all of it is passing in a strange haze of endless days at home, of breast feeding, diaper changes, sleep, and a bit of television.

My mom has been here for 3 weeks, so there is one more week to go. It's been okay with her here for the most part. Although she's changed all of one diaper....

Ah, see how this works- MJ is crying, and the boob bar needs to open. More later when I get a chance!
Posted by Kopaylopa at 11:45 AM 3 comments:

Little squidge.  It continues to amaze me that this is from the result of a 3-year old frozen egg. 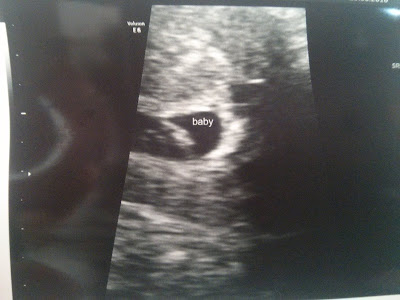 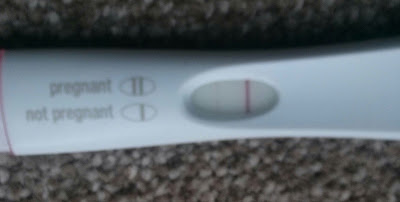 Posted by Kopaylopa at 6:50 PM No comments:

I will add to this post as news comes in, but I wanted to ensure that the story of the frozen eggs is complete.  As part of my current IVF cycle, I decided to thaw 6 of my 13 frozen eggs to increase my chances of an embryo to transfer.  You can read the full detail of that on my other blog.

Interestingly, I asked that 2 eggs from each of my 3 cycles be used in the thaw.  The embryologist noted that the way they defrosted aligned to these pairings which could suggest there was an issue in the freezing process for the two sets that didn't make it.  This is because the thaw procedure was obviously identical for all of the eggs. In particular he noted that one of the sets was 'stuck' to the plate they are frozen to and hard to remove (which could have damaged them).

I used a very reputable clinic which does a lot with donor eggs and so I don't think they were unskilled in any way.  I do think that this is a new field and a difficult process and mistakes happen.  I also suspect that in the past 3 years, technology has moved on and skills and techniques continue to improve.  I'm happy that 2 made it, and those 2 were both able to be injected with sperm for ICSI.  But each one of those precious eggs that didn't make it was a blow.  I think I expected that maybe 1 wouldn't defrost properly, but certainly not 4.  I believe that they are keeping the 2 from the frozen separate to incubate but I'm not sure.  If they are, and I can update about their hopefully continued progress towards an embryo I will.

I wouldn't let this news detract anyone from doing egg freezing, but I would say it highlights two things- the importance of having enough eggs collected, and possibly the importance of having at least 2 cycles in case something went wrong with the freezing of one.  I'm pretty sure at this point I would still do it over again if I had the chance to choose.  But it is important that the risks are understood by anyone undertaking this journey.

Update 1: Both of the eggs that defrosted normally and were able to have ICSI fertilized.  Next report on day 3.

Update 2: Day 3- the best looking embryo this morning is one of the two successful thaws, but the other is the worst that seems to have stopped at a 2-cell split.  Fingers crossed for a transfer on day 5.  Might be the frozen one, might be one of the fresh, depends on the rating.

Update 3: On Day 5, all of my six embryos, including the one from the frozen were in the morula stage so I had to wait until Day 6 to find out if any made it to blastocyst.  The one frozen egg is the leading blastocyst rated good/very good.  I'm going to transfer it today.  I haven't decided if I will also be transferring a second blastocyst from the fresh collection at the same time.

Update 4: I decided to transfer only the blastocyst formed from the frozen egg as it's younger and so the odds of success are higher than my current eggs/blastocysts.  Now the wait!
Posted by Kopaylopa at 6:37 PM No comments:

As mentioned below, my new corner of the internet is about 'what happens next'. However, part of what is happening, is I'm deciding to try to use some of these frozen eggs! This means I've just had a refund of a large part of the storage fee (minus transfer of the frozen eggs to my new/current clinic). So a minor budget adjustment is in order.  I may post brief updates here about what happens with those eggs to keep the story whole, but the detail of what's going on will be in the other place.

So here's the update:

Posted by Kopaylopa at 11:54 AM No comments:

Well, the time has come.  I am continuing this journey by starting a new one- attempting to become a single mother by choice.  I've started a new blog for that, which can be found here.  My choice, to attempt to become a single parent is different to what is here on this blog.  There are many possible outcomes for a woman who has frozen her eggs, and the one I am pursuing is only one of them.  This is why I'm putting my new adventure in a new blog.  I hope this blog continues to be a resource to women who are considering their own egg freezing journey.  I'll continue to answer any questions here, but in the meantime, if you're interested, come visit me in my new on-line corner of the internet.
Posted by Kopaylopa at 6:21 PM No comments: